I acquired the Real Rood Daily (RFD) cookbook several years ago and have loved every dish that I have attempted out of it.  It is real food, hearty, filling, rich, flavorful and all vegan.  The restaurant behind the cookbook exists only in LA and has been something of a Mecca for me.  As we approached LA Friday evening, having a pleasant stop just north of the city where the dogs had dinner beneath the Pacific sunset, and having a night to spend before getting to San Diego, the time seemed right for the dinner of my dreams.

Here are some pictures of the camp where the dogs dined: 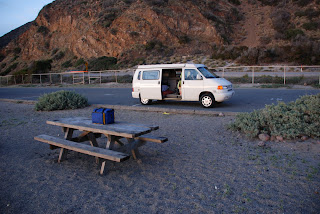 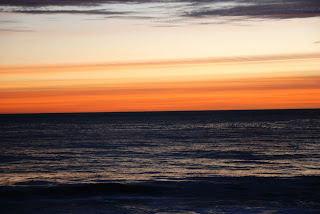 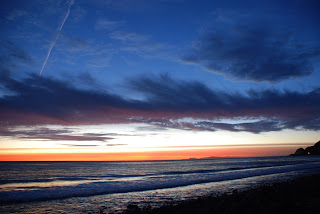 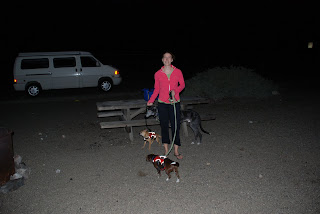 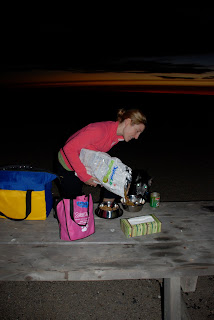 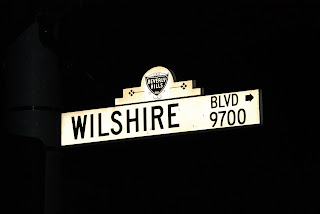 I’ve never really been to LA, traveling to Long Beach for an erg test or through LAX does not count, and even though I have been to big cities before, I was like the country bumpkin come to the bright lights of the big city.  Comments blurted included such things as: “Oh, look!  Wilshire Boulevard!” 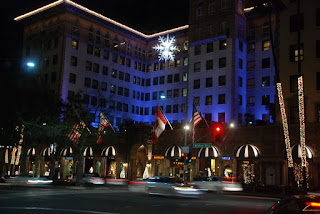 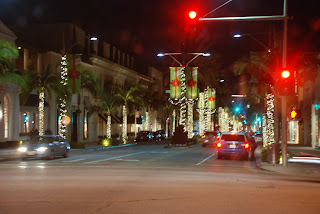 And “Oh wow, look at that Ferrari!”  And of course, since it’s LA: “Oh look, another Ferrari!”

We drove down Rodeo Drive where I must admit Pretty Woman quotes filled my head.

And now, dinner.  Friday night at RFD in West Hollywood…would we be able to park and leave the dogs?  We decided to go to the restaurant and see what we found.  Driving, driving driving, cars weaving in and out, speeding around us and other cars, it is like a video game.  Then, aha!  On the right, RFD! 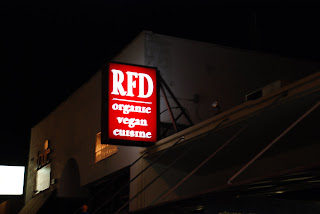 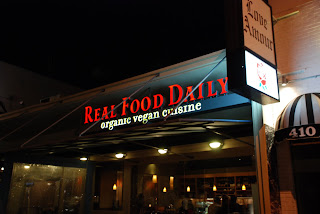 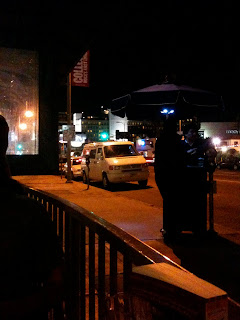 We pulled over in the valet area (I guess in LA, even the vegan places have valet parking….)  I explained that I wanted to park nearby the restaurant but couldn’t do valet because of the dogs.  The nice man said, “If you pay $4.50, back up and park right here.”  What a thrill!  We could see the van from where we sat for dinner.  Here is a view of bussy from where I sat!

And now the food!  First course was fresh corn bread with cumin spread.  Next came the nachos: tortilla chips with guacamole, vegan sour cream (which is much better than regular sour cream ever was, in my opinion), spicy cashew jalapeno cheese, black beans, and tomatoes.  And these nachos were not just a few chips with some toppings; the full plate of chips was covered with the toppings in layers so that a bare chip was not to be found!

Now to the main courses: We ordered the Fettuccini Alfredo which came with fresh broccoli, red peppers, pins nuts and spinach noodles with a lovely sauce.  It fulfilled our need for comfort food.  We also ordered the TV Dinner.  Once I got past the name, which took me a minute, I realized that this dish could be a gold mine: Tempeh Loaf (similar to meat loaf but very tender and a wonderful flavor with carrots and other veggies mixed in) with mashed potatoes, gravy and Caesar salad.  Sometimes, simple things like mashed potatoes and gravy, with a little pepper, are just amazing.  This dish was like that.  Nicholas and I continued to strategically plan the space in our stomachs.  After I was full, and returning in the munch on the nachos once again, Nick said, “Do you think they have dessert?”  I put my fork down at once!

The nice server boxed up all our leftovers neatly into separate boxes (I had told her about how excited I was to finally come to RFD and the enthusiasm was welcomed!) she brought us the dessert menu.  So many wonderful things to choose from, and only two people who were now very full.  We settled on a chocolate cake and chocolate pudding.  The pudding was the winner, so smooth and chocolaty.  I will certainly return to try out the Sticky Ginger Toffee Pudding Cake, which I will merely dream of until then.

Here's Nicholas with our multitude of leftovers: 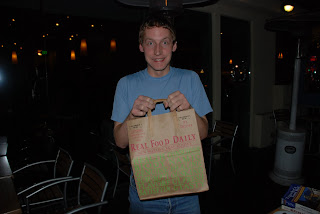 From RFD, we took a driving tour of Rodeo Drive, Sunset Blvd and the mansions of Beverly Hills.  We got out to walk (er…roll, since we were SO FULL!) in Greystone Park, which presented a fantastic view back towards the city.  Quiet and dark and peaceful, I can see why all those wealthy people want to live in 90210.

On departing LA, I once again took the driver’s seat and slalomed my way across way too many lanes of travel onto the correct freeway so that we arrived safely in San Pedro for the night.  We camped out front of Nicholas’s cousin Jeremy’s house and made our escape to San Diego the next morning.

this is AWESOME abigail! i am gonna run and grab be that cook book =)

love the stories! happy holidays to all you peeps and pups!