We had a destination in mind for our first campground, a small town called Magdalena.  But when we got there, we could not find the campground, and the town was very small, inland, dusty, and generally not offering what we hoped for.  We had gotten an early start that morning in Tucson, so we decided to drive further to a coastal town on the Gulf of California called Bahia Kino (Kino Bay).  We did, however, stop and walk the dogs in a town called San Miguel de Allende.  It was the first time for Joe, Carrie and Robert to set foot on Mexican soil and they were happy and also, apparently, attention-getting!  These two girls stopped and asked me something, they were pointing at Joe and smiling.  Another small boy with his father were also enthralled with the dogs.  I don't know why, there are loads of dogs in Mexico, most in need of a nice home and some food.  But maybe because Joe is a racing dog, or because Carrie and Robert have such cute red harnesses, or maybe just because they all just look so well-loved and pretty!
Anyway, here is a picture Nicholas took from the van: 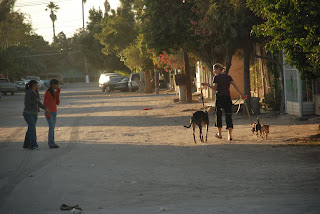 We piled back in the van and continued to drive to the coast.  Here is what the dogs look like most of the time when we are driving: 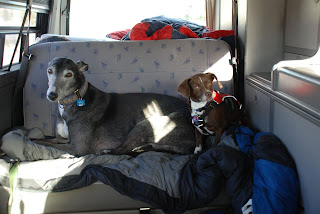 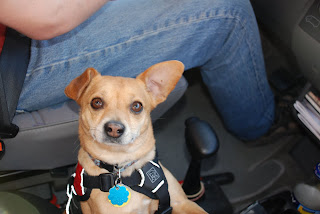 We got to Bahia Kino a little while before dark (one of our hard and fast rules is never to drive in Mexico after dark, on this all the guidebooks agree).  We had several campgrounds from which to choose and drove past one, the second looked pretty darn good, and the third, which was the one I expected to be the best was crowded and uninviting.  We turned around the choice number 2 and were the only inhabitants and this beachfront wonder: 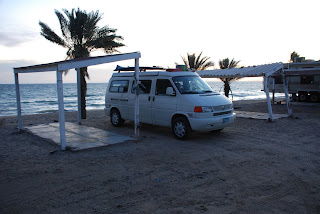 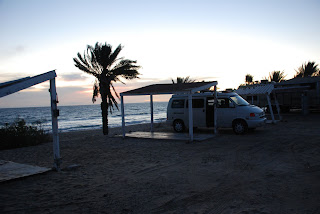 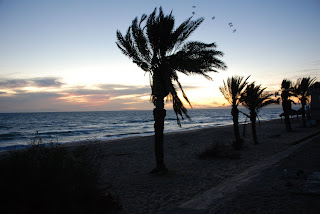 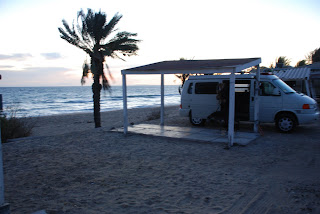 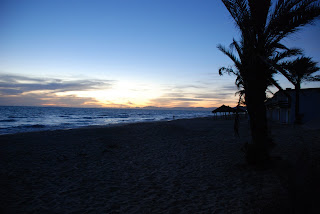 Here is one I took with my iPhone the next morning.  This place was just breathtaking: 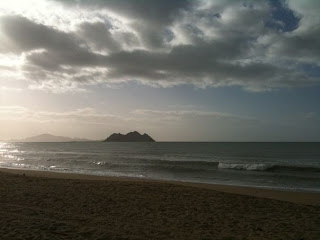