Last week, I had been in Frankfurt about 36 hours when the Patriots-Chargers game started, at 10:30PM local time. I was in the very nice Steigenberger Hotel that provided wireless internet in every room (not free, but not too expensive.) I was exhausted and jetlagged but listened to every minute of the game (until 2:30AM!) through my computer and NFLFieldPass, which I had purchased many months ago to catch the Patriots Regular Season games in Seattle.

Listening takes a bit more concentration than watching: I have to imagine how the players are arranged when the announcer says something like "on the near side hash, three receivers wide right, Brady out of a shotgun" without being able to see it. In a way, this makes it all the more rewarding, because I am so engrossed in the game, listening to every detail that I might miss were I at home.

The game tonight against Sissy Payton Manning and the Colts starts at 12:30AM! I will powernap beforehand to prepare, and then turn my apartment into a virtual sideline booth!

I know I have at least one Colts fan in my readership, so here's to a good game, few penalties, even fewer bad calls, and lots of high-pressure field-goal kicking!!!

Oh and my next dog will be named Bill Belichick, no doubt! (I lifted these nice pictures from the Official Patriots Website: www.patriots.com) 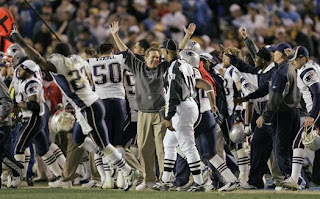 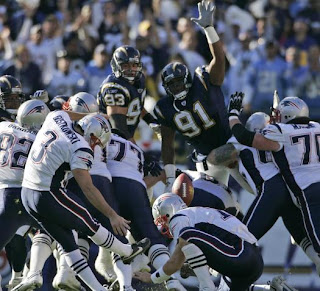 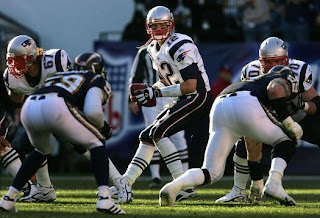 You spelled Peyton wrong. He's going to make you pay for that.