Dude, where’s my Porsche? Oh, here it is… 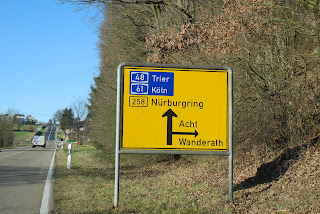 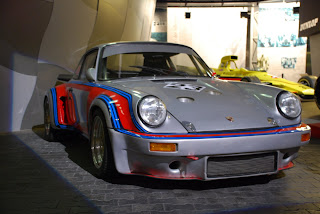 Escaping Frankfurt in my newly acquired rental car took some luck. Once on our way, I headed West toward Wiesbaden (where the cheese and butter breakfast was discovered). Not wanting to go through Köln, I continued to stay West, though I was stuck on a big highway and not able to see much countryside. Sometime before Koblenz, I took a chance on a road that turned out to be awesome. Road 248, through rolling hills, switchbacks, farms, small towns, all quintessential Europe.

We stopped for a walk along the Rhein in Koblenz but the air was chilly and the water warm so everything was encased in thick fog. Returning to the car and checking out the map, my eye chanced across a destination I had hoped to meet someday – The Nurburgring. Immediately filled with thoughts of BMW’s and fast curves, we headed for it. Getting closer, going up and down switchbacks, through the countryside, my little dumpy Opel Mitreva became a race car in my imagination. (I’m pretty sure Carrie did not appreciate this!) Finally, we arrived at the famed race track only to discover that the track itself is closed during the week in the winter. Not to worry, I went into the museum and swirled around Ferraris, Porches, BMW’s and Mercedes until I felt like one of them. (And since I was nearing the 7 hour mark since my last meal, imagining I was a car was par for the course.) I managed to escape with only two stickers, and not the multitude of retro racing posters that decorated the walls. But I promised my internal race car driver that we would return on a weekend and take the elusive spin around the world’s greatest track.

everybody asks for pictures of me, and not just the dogs, so here's the best I could do, into a mirror at the Nurburgring museum! 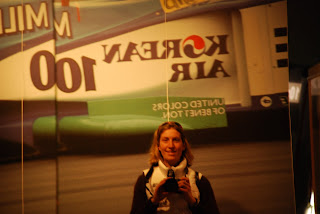 Here are some more pics of the cars!! 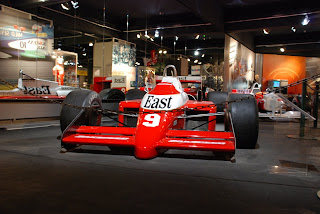 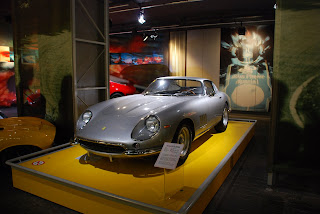 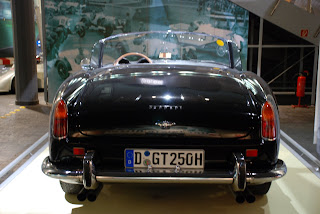 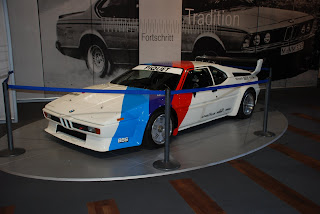 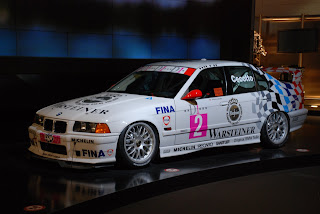 And here's as close as I got to the track: 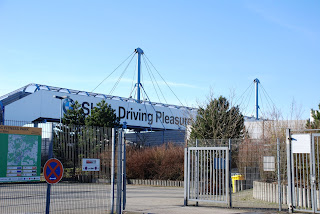 Email ThisBlogThis!Share to TwitterShare to FacebookShare to Pinterest
Labels: The Nurburgring

I am so jealous. But, on the other hand, it is 82 and sunny today on the Space Coast. And since I'm the coach, I decided we'd have the rest of the day off to enjoy it!!
PS- as a veggie, I'd stay away from the wurstsalat...

There is also an amazing road (not open in winter) in Austria in the Jungfrau region.
_E

Of course you'll remember when driving in Germany that the blue sign with an arrow means ONE WAY, rather than being the name of a street... ;)

Some people I know took Euro deliveries of their V70Rs and took them around the 'ring. The racetrack in the R is fun. I'll get over there someday!