Writing this from Seattle, almost a month later, it is hard to capture Bled. We drove in on the road from Italy, stopped at a gas station on the highway, bought a map, and I could see that Bled was not far. Only one exit was offered so there we went in the super blue van. Determined to see the lake that I had heard about for so many years, we puttered through a few stoplights. I feared that this lake, which was once so magical, so secret, would be turned into development disaster. The beginning of the town was small, and coming down the hill towards the lake I caught a few glimpses of it in between trees and a few hotels. Under a small stone underpass at lake edge, I could not believe how beautiful this place still was. An island in the middle, just big enough for the white steepled church, and a castle up on a steep cliff overlooking all. 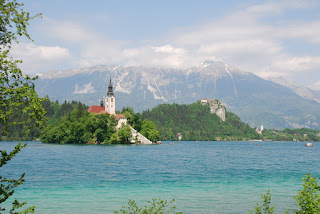 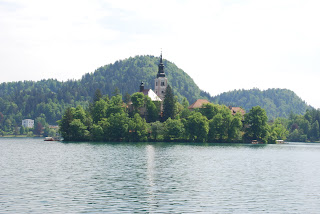 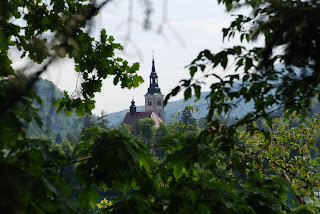 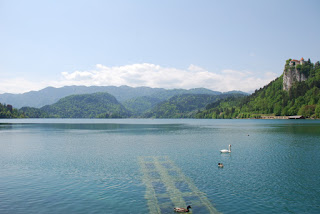 It is rare that a place can carry so much feeling as Bled did for me, at first sight and now still, as I think of it. I felt so connected to my own self, my own world, my past and the pasts of those I love. There is a beautiful campground, full of trees and grass right at the end of the lake, where the finish line to the rowing course is located. I pulled into a nice secluded spot, not knowing how long I would stay and could not leave for almost a week. Something there held me. 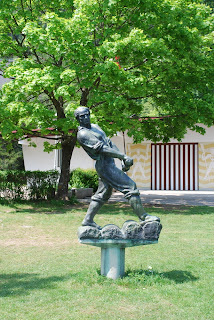 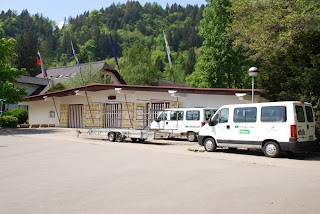 The dogs loved it. We walked the circumference of Lake Bled, enjoying the variation in narrow tree-lined paths, and then the well-placed hotels and businesses confined to only one part, leaving the rest clear and free. No houses adulterated the hillsides stretching up, first to small nearby hills and eventually spreading into big mountains. Instead only trees, and peace. 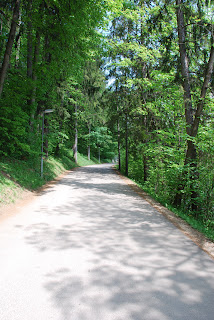 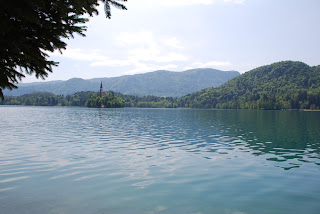 I met a guy named Mitja and he convinced me to join him and his friend on a climb, not up Triglav which required boots and more serious gear than I had on this trip, but up Mt. Stol instead, 2236 meters, just about 7400 feet above sea level. Stol translates to "chair" and is pictured here, the big one in the background overlooking Lake Bled. 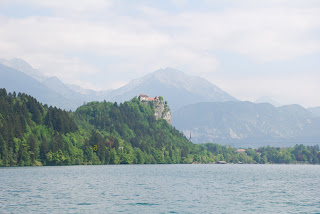 So up we went the next day, Joe made it as far as the first hut, roughly an hour's hike. Carrie and I bid him dober dan (good day), tied him to a handrail at the hut with a bowl of water and a man to look after him, and we carried on to the top with our new friends. 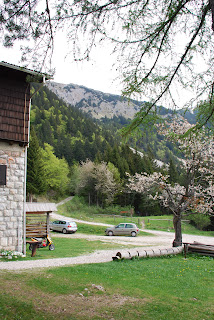 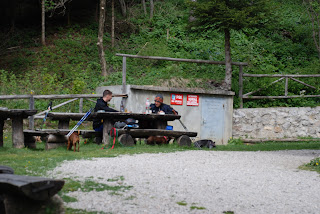 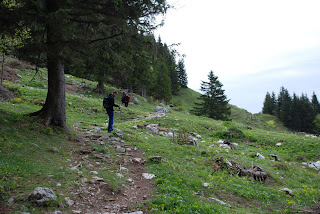 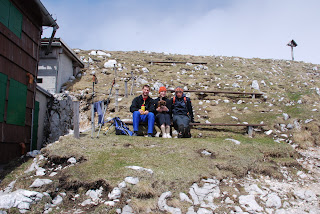 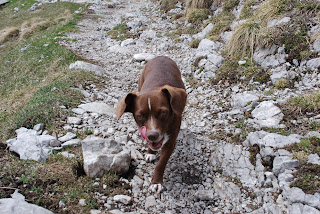 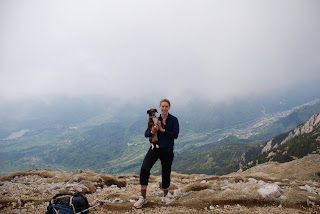 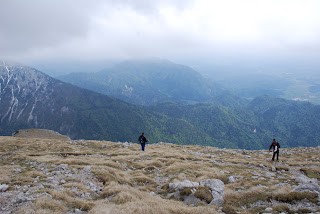 Four hours later, one still energized Dachshund-Chihuahua and one very tired girl were reunited with a whimpering but happy Joe. He could not have survived the length and steepness of Mt. Stol and he must have known that his fears of being abandoned on a mountainside in Slovenia were unfounded, after all we had been through! 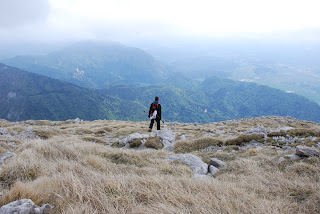 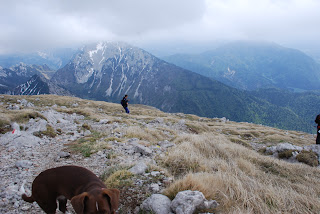 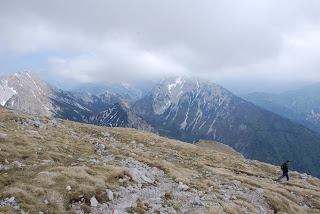 After the hike, we all rested for a couple of days. Reading, enjoying the place. Then it rained, a lot. We spent the day in the van, reading, watching 24 on the computer (very technological we are!) and listening to the rain on the van's roof. By the time it hinted at stopping eventually, it seemed time to move on so I loaded up bussy and we parted with Bled, at least with our bodies but not our spirits. We visited the incredible Vintgar Gorge, but sadly left the camera in the car. Before heading south to the coast, I drove up towards Triglav, snapped this picture of the three-headed mountain immersed in fog, and promised to return here as well. 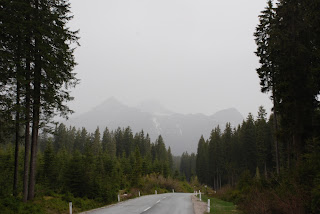