I made it downtown eventually, missed my assigned "social" group, but was able to join another for a climb of the beautiful Dom Tower. This tower is 112 meters tall, the highest church tower in Holland. I didn't take this photo, it is from wikipedia: 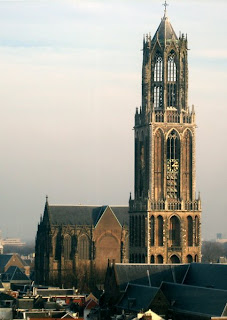 For some more information see: http://en.wikipedia.org/wiki/Dom_Tower_of_Utrecht

It has a fascinating story. Begun in 1321 by the Catholic Church, the upper part of the church and the Tower were built using the best materials and architectural design, in traditional Gothic. But the main part of the nave was the last part built, and by the end of the 14th Century the Catholics had apparently run out of the money and built it out of WOOD and WITHOUT the ever-necessary flying buttresses.

This church, when whole, must have been monstrous. But in 1674, a tornado ripped through Utrecht and left the tower and the upper part of the church standing tall but shredded the nave. The space left behind by the nave is a good-sized square and the Dom stands separate from its magestic church.

Here are some photos from inside and some views from the top:
The bell tower: 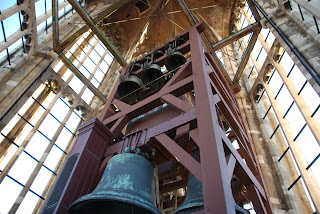 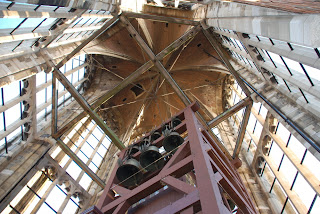 Because of my delay in arriving downtown, due the the unfortunate bicycle wheel incident, the late afternoon sun made the climb to the top even more beautiful: 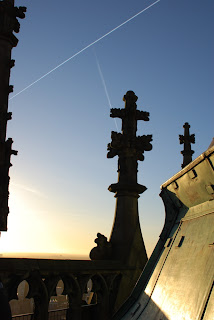 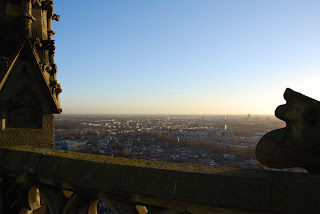 I am TERRIFIED of heights; can you see the fear?? 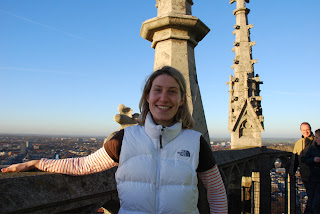 Another church amidst the city buildings: 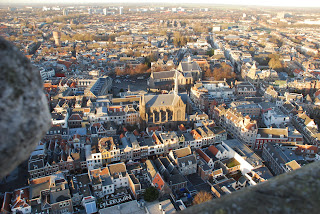 One of many canals that ring, and go through, Utrecht: 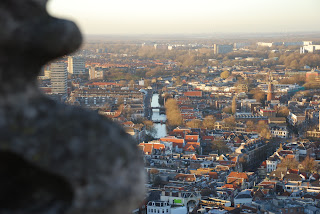 Notice how flat the countryside is, heading into the distance: 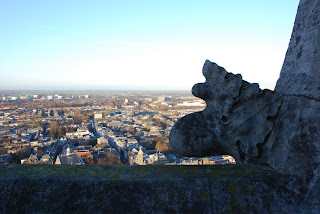 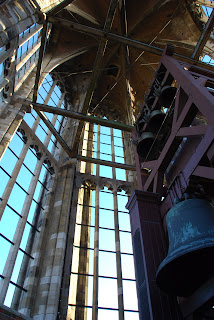 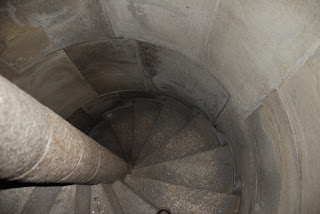 And that is how you get above the bell tower to the very top!
Posted by Abigail at 2:58 AM