Once again, far too much time has gone by and I have about a million pictures of my traveling to share.  So I will simply go back in time and begin!

At the end of January, Nick and I hightailed it toward Belize to be there in time for Jeff and Steve to arrive from Boston.  Here are some of the last senales (signs) en Mexico: 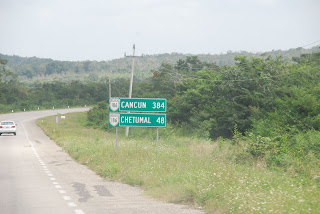 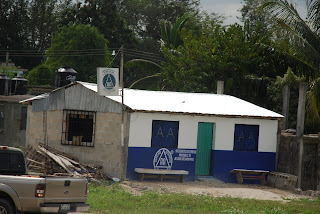 And then the first ones in Belize! 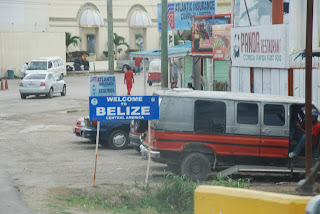 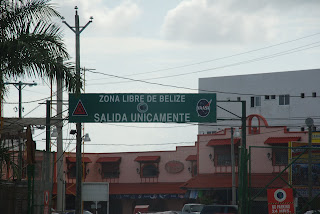 As in many parts of the world, drugs are prevalent.  This sign is Belize's attempt to discourage tourists from partaking: 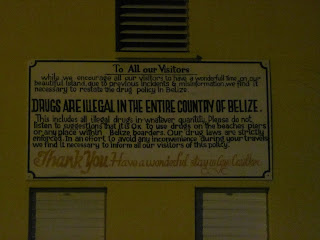 We drove through one town on the way to Belize City and there was a detour.  Here is why!: 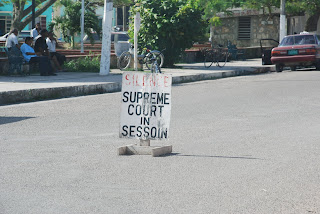 We continued south toward Belize city and here are some of the sights.  Sugar cane is a MAJOR crop in Belize: 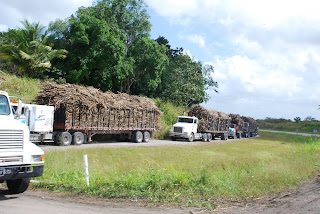 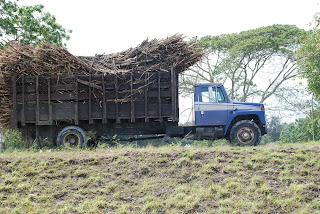 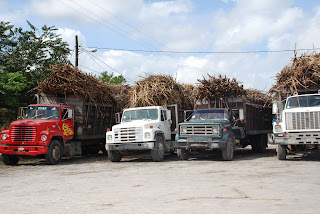 It makes the Fanta taste yummy!!  Here is a Coca-Cola products distribution center, we saw these all over: 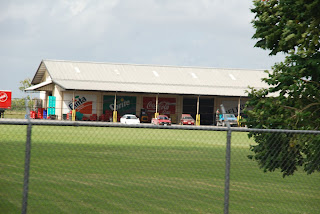 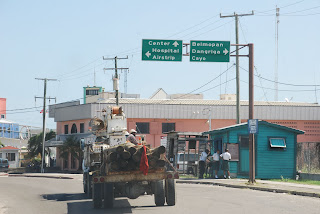 On the map, it was very easy to spot the "Airport" in the northern part of Belize City.  This is the road we took to get there: 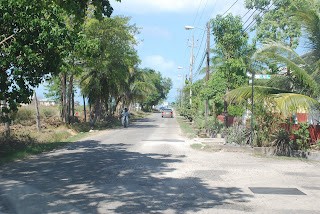 Thinking all was running along swimmingly: we had made it into Belize, we were on our way to the airport, and we were going to be right on time to pick up the friends, I was very relaxed and happy.  But as we neared the "Airport," things began to look a bit suspicious: 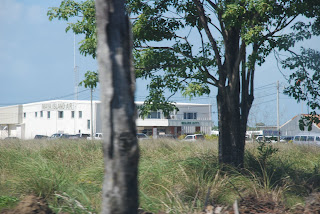 "Where's the runway?"  We could see propeller planes but, on the far side of this field there was only ocean.  And nothing resembled a piece of pavement where a jet from Atlanta might land... 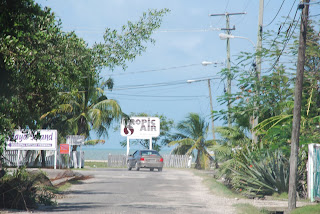 Indeed not!  The local signage referred to this place as an "Airstrip."  I returned to the map and the iPhone, googling "Belize Airport," and found that the international airport was totally on the other side of town.  Lucky for us, Belize City is the size of a postage stamp and we made it there in about 15 minutes.

We arrived at the proper airport in time for Jeff and Steve, who took these fantastic pictures from the airplane: 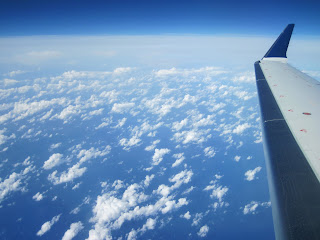 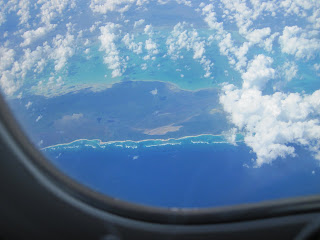 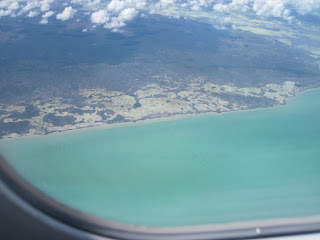 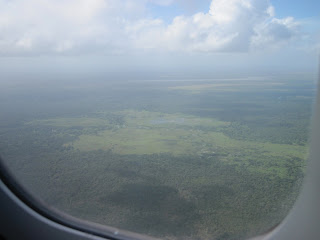 Here is what Jeff looked like in Logan Airport! 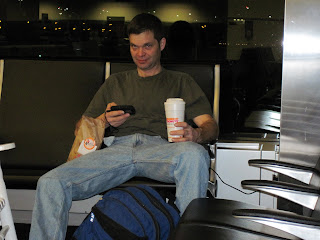 Ha ha ha!!  He looks much happier upon arrival in Belize!! I am thrilled they have arrived!!: 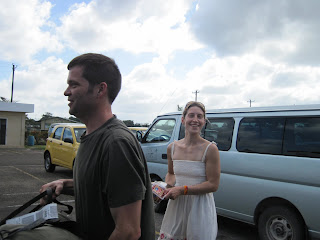 Here is the road away from the proper airport and into town: 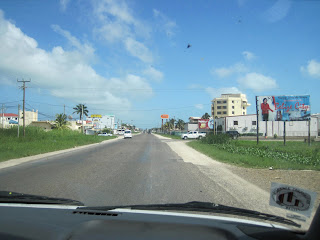 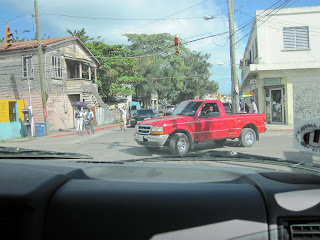 Belize City is the largest city in Belize with a whopping 35,000 people: 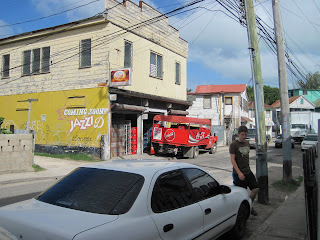 We had our laundry done here and then we rearranged all of our packing while pulled over in front of the laundromat! 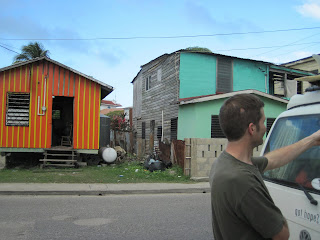 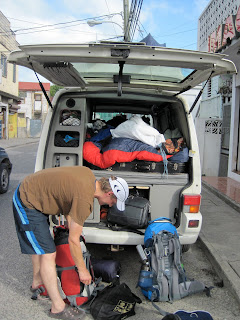 Here is Team Cromwell looking excited for the adventures to come!  This is also the photo which betrayed my tattoo to my mother: 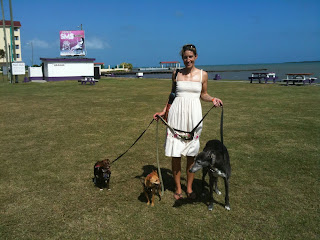