Right, so lots of days off for Easter, despite the undeniable fact that Holland is not a particularly religious country. We actually debated en route to Rotterdam whether the Czech Republic or Netherlands had a higher percentage of athiests...so...basically any excuse for a holiday...fine by me!

Having pretty solid roots in Boston, Jersey, and Seattle, I wanted to see the port. So we drove there, got out of the car, and took some pics. Everybody thought it was pretty funny that I took them to this very industrial, non-Dutch-like place: (from the left, Barbara from Woodstock NY, Sarah from Stuttgart, Kristina from Slovenia, (not sure which town), and Petr from Brno, Czech) 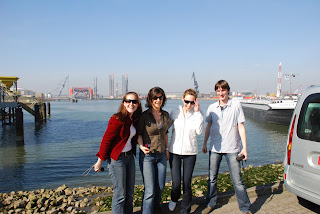 Even these guys on the ship thought we were funny, not the typical tourist destination I suppose: 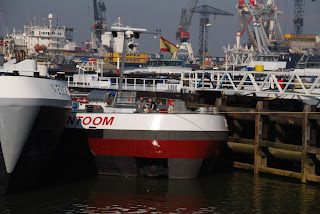 Rotterdam's version of the Space Needle is called The Euromast: 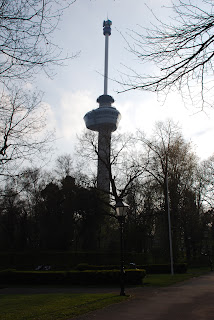 Which we climbed (via an elevator): 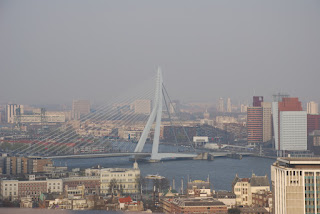 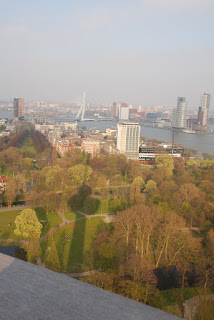 A better view of the world's largest port than we could get from sea-level: 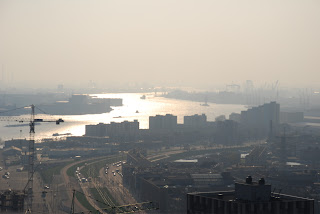 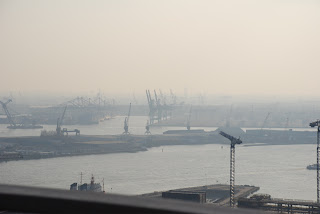 I did not take this final elevator... 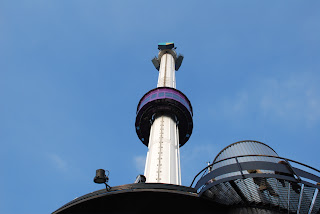 ... to the highest on the Euromast because I had a meltdown right about here (an incapacitating fear of heights, yet I climb everything in Europe!): 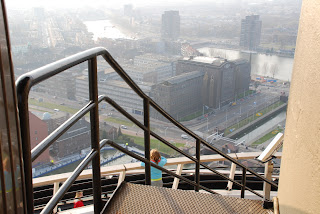 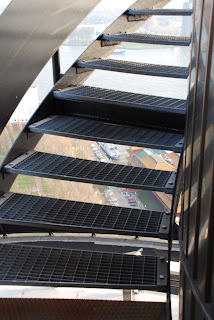 Rotterdam was one of the few cities in Holland nearly totally destroyed in WWII, thus it is quite modern and not at all like Utrecht, Amsterdam, or any other place I'd been to in Holland: 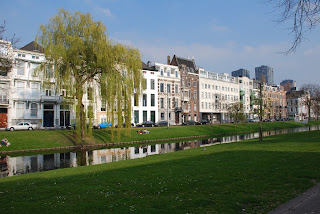 A heron I tried to capture (on film, or digital, whatever!): 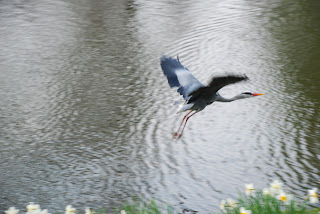 Man, that's a lot of cranes.

Yeah, it's me--I've been following your adventures, especially in the water. Although I'm enjoying my last quarter of law school (13 credits, 4 of them in Negotiations), it sounds like you're having more fun.